There’s a touching legend that has been shared for decades along Whiskey Row that speaks of a baby who was won in a gambling game after being abandoned atop a bar counter of a prominent Whiskey Row saloon. The tale has been featured in newspapers, magazines, books and poetry. Of the hundreds extant, it’s perhaps Arizona’s best and most famous saloon story.

According to the popularly told legend—a mostly magical, “happily ever after” tale—the baby’s name was Chance Cobweb Hall. However, research reveals there was no such person, at least no one who went by that name in Prescott. But a “baby left on a bar counter” episode did indeed occur on Whiskey Row, and it served as the basis for the Chance Cobweb Hall saga. The baby’s real name was Violet Bell. She was adopted as Violet Hicks and died as Violet Binner.

Although the true tale has its enchanting moments, it is certainly not as glorious as the Chance Cobweb Hall legend.

There are many discrepancies between the two versions. The Chance Cobweb Hall legend traces back to 1927 when one of the most respected figures in Arizona history, Edmund Wells, published his frontier days memoirs: Argonaut Tales: Stories of the Gold Seekers and the Early Indian Scouts. It has been characterized as “a colorful first-hand [italics added] portrayal of early days in Arizona Territory.” Within it was a three-chaptered section entitled “Chance Cobweb Hall.” Therein, Wells recounted in prosaic detail, twenty-nine years after the actual event, the story of a baby girl dropped off and abandoned on a Whiskey Row saloon counter. It concluded, happily, with who she became as an adult and her high standing in society. Over time, through persistent retelling, his story became “history.”

Why was the Chance Cobweb Hall story accepted as historical verity for more than seventy years? An original Prescottonian, Wells boasted a résumé of beyond-the-norm accomplishments several pages long. It’s a record that includes being the first Republican candidate for governor after Arizona was awarded statehood and a longtime president of the Bank of Arizona. He is widely believed to be Arizona’s first millionaire. Still more crucially, Wells owned an enduring reputation of unwavering integrity. Except for some over-the-top elements in his story, no tangible reason existed to not take Wells’s version at face value.

Why are there so many differences between Edmund Wells’ Chance Cobweb Hall saga and the true story of Violet Hicks? Was it simply a case of an 80-something-year-old man confusing and/or forgetting the facts? The answer is: most certainly not. Argonaut Tales is too well-written, too lucid, creative and, at times, philosophical. The mind that penned it was clearly operating at a high level.

There’s enough evidence for us to infer that Wells knew the true story of Violet Hicks and purposely altered it. First, Wells and Charles Hicks, the adoptive father, were well-acquainted and had probably even been close friends. When a young Charles Hicks first arrived in the Prescott area in 1880, his first employer was none other than Edmund Wells. Also, both were judges.

It’s not difficult to deduce that Wells, in the interest of protecting his friend and family, may have camouflaged the true story. Indeed, being abandoned by both biological parents could have an adverse psychological effect on an individual, not to mention knowing that it included being coldly deposited on a frontier town saloon counter, most likely by her own mother.

The legend of Chance Cobweb Hall and the true story of Violet “Baby Bell” Hicks will be contrasted and analyzed by Bradley G. Courtney during the 19th annual Western History Symposium at the Phippen Museum of Western Art on Saturday, August 13 at 1:00 PM. Admission is free! Bradley G. Courtney is the author of “Prescott’s Original Whiskey Row” and the soon-to-be released “True Tales of Prescott with Drew Desmond.”

“Days Past” is a collaborative project of the Sharlot Hall Museum and the Prescott Corral of Westerners International (www.prescottcorral.org). This and other Days Past articles are also available at archives.sharlothallmuseum.org/articles/days-past-articles/1 The public is encouraged to submit proposed articles and inquiries to dayspast@sharlothallmuseum.org. Please contact SHM Research Center reference desk at 928-277-2003, or via email at archivesrequest@sharlothallmuseum.org for information or assistance with photo requests. 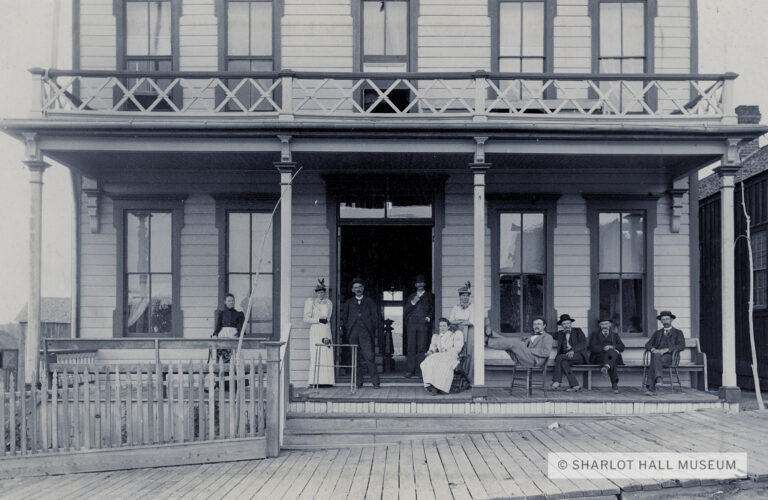 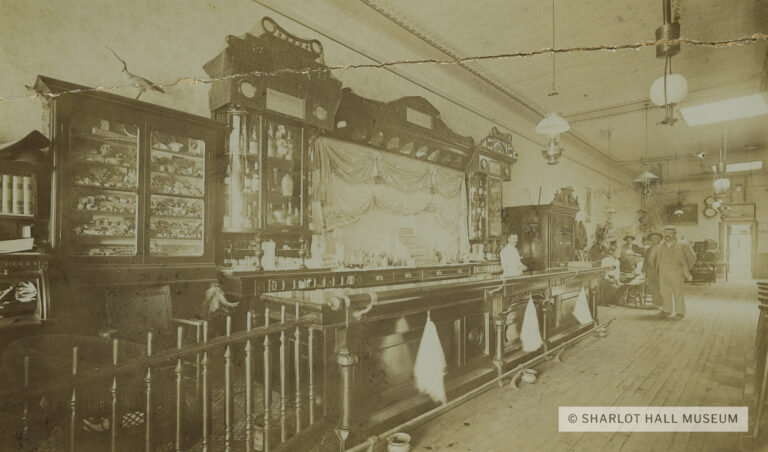 A baby abandoned on a bar along Whiskey Row—possibly Arizona’s most famous saloon tale. But what was the real story? 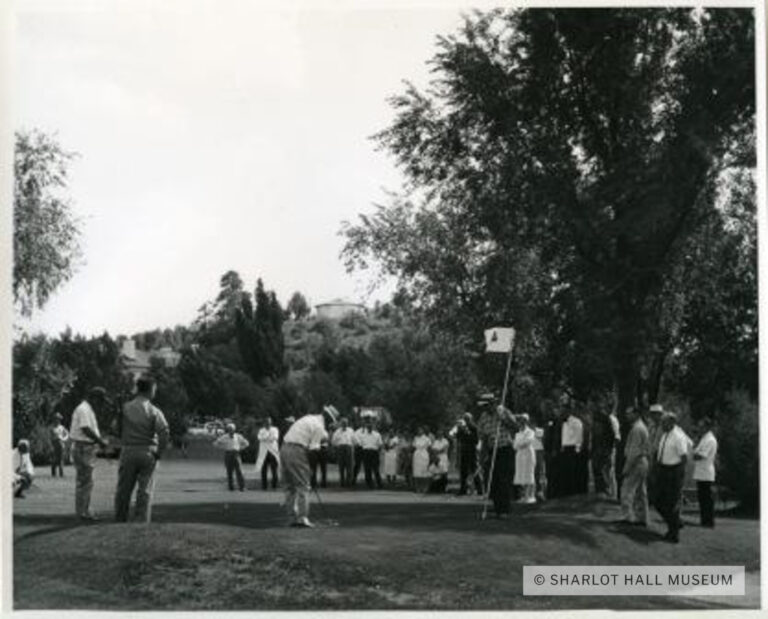 Prescott has a number of excellent golf courses. But in 1919, another little-known course existed for Army personnel, convalescing patients, and others.