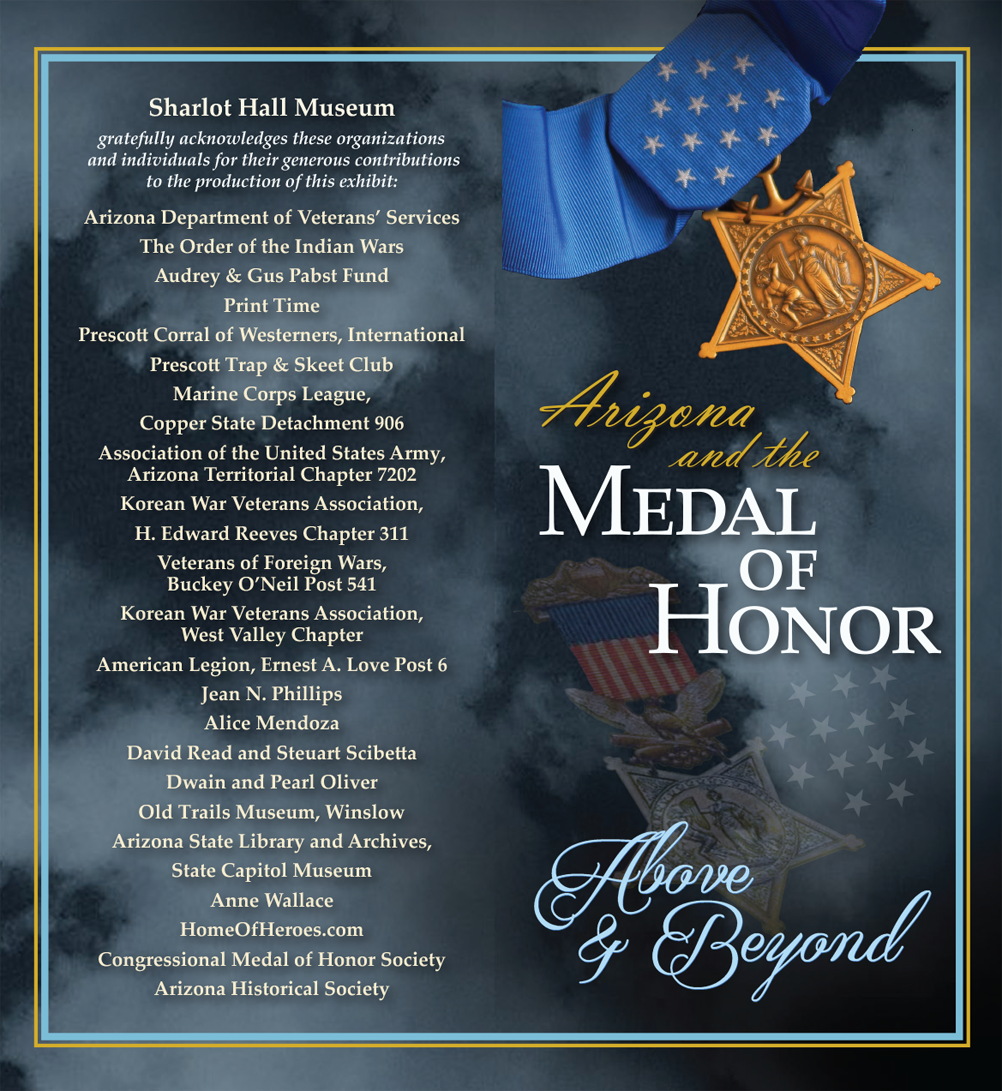 Since its inception in the early years of the Civil War, the Medal of Honor has been presented to slightly more than 160 officers and men with connections to Arizona. This exhibit, entitled “Above & Beyond: Arizona and the Medal of Honor,” was presented from May 21, 2016 through January, 2017 in the theater of the Lawler Exhibit Center. At the end of that run, many of the panels were displayed at the showroom of the Findlay Auto Group (Toyota dealership) in Prescott.

The opening dedication was held May 21, attended by Colonel Harry Oberg (USA, ret.), mayor of Prescott, and special guest Alice Mendoza, widow of SSgt. Manuel Mendoza, MOH recipient. The exhibit was based on the traveling presentation established in connection with the Arizona Historical Society, first presented in Tempe in 2014 before traveling to Tucson, Yuma, Flagstaff and finally Sharlot Hall Museum two years later. The initial artwork and panels had deteriorated too greatly by early 2016 that the Museum engaged in an effort to rework both the presentation and graphics, as well as rework much of the content.

Click on a tab to read and see more
WordPress Lightbox