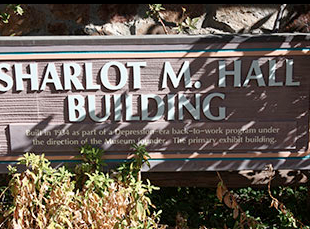 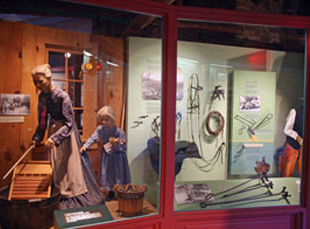 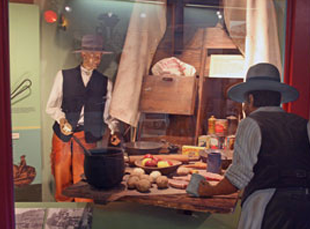 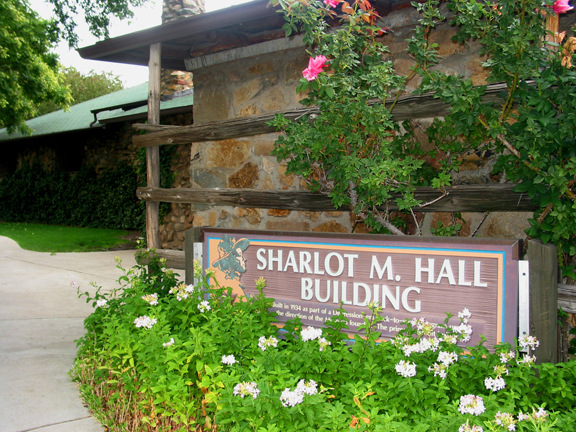 The Sharlot Hall Building, constructed in 1936 as a project of the Civil Works Administration and once home to Sharlot Hall, houses many of the Museum’s historical exhibits.

It was constructed of native rock and pine logs and remains one of the Museum’s primary exhibit buildings since its completion in 1934.

The founding of a wilderness territorial capital in 1863 to statehood in 1912 is narrated through 14 exhibits and dioramas that reveal a rich history of mining, the military, Indian conflicts, railroads, and ranching.

Here visitors discover colorful stories of everyday frontier life of the 1860s, of rowdy cowboys and miners, of businesses fueled by gold and government, and the devastating night fire, fueled by wooden buildings, that consumed much of downtown Prescott in 1900.