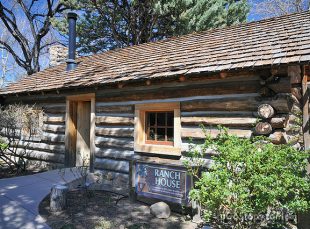 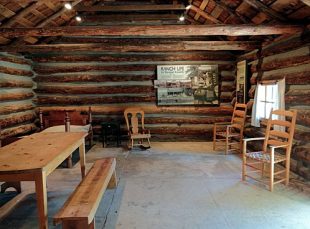 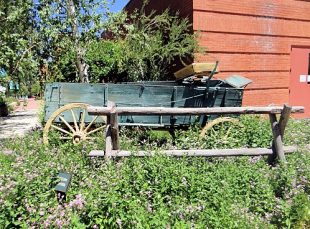 Under Sharlot Hall’s direct supervision in the 1930s and intended to represent the ranch homes of the area, this structure was built by workers of the Works Progress Administration. According to her, the Ranch House would be a tribute to the early ranchers in the area and would house her collection of saddles, branding irons and other related artifacts.

Today, it has been restored. Since it does not have the environmental contrals that would allow it to be used as an exhibits space for light- and temperature-sensitive artifacts, it has been furnished as the home of a local prosperous ranch family. As such it is used for school tours and living history programming. In this way it brings the County’s educational history to life, and includes an informative panel when this programming is not available.

Although the earliest settlers to this area were mostly single men, families soon followed. Homes were built of the abundant Ponderosa pine trees. As time passed, sawn lumber replaced hewn logs, and ranch homes began to look less rustic. Most ranch houses had only a single, multipurpose room. Cooking, sleeping, bathing and other indoor activities took place there. A fireplace was used for cooking and heating. Many families saved their money for such luxuries as a cast iron stove, glass windows and additional rooms.