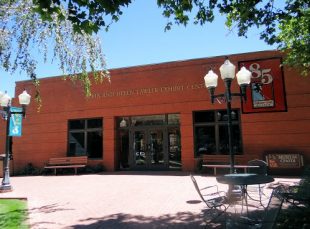 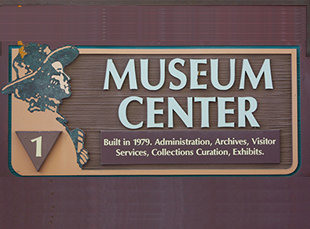 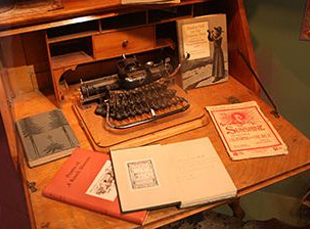 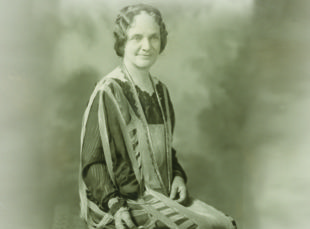 Completed in 1979, the John & Helen Lawler Exhibit Center is the hub around which many of the Museum activities revolve. It houses the reception center; a lecture/presentation theater with changing exhibits and presentation of the Museum’s orientation video; storage areas for the Museum’s object collections; and administrative offices. In the lobby you will find an engaging exhibit about the founder of the Museum, Sharlot Mabridth Hall.

Currently in the Lawler Exhibit Center theater is an exhibit on “Arizona and the Great War.”  It chronicles the involvement of Arizonans dealing with World War I, from the draft to rationing on the home front while the boys were “Over There!”  Video vignettes highlight a few of Arizona’s heroes from WWI, including Frank Luke, Jr., and Ernest A. Love.  This exhibit features the trench warfare in Europe with a 22-foot exhibit of ‘trench’ life with Museum collection pieces that will ultimately be part of a permanent WWI exhibit.  This touching diorama honors of 100 years since the nations of the world were engaged in a global war… the “war to end all wars!”