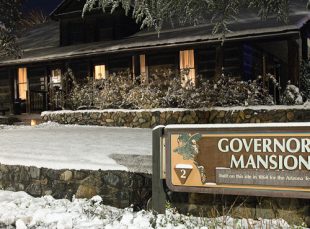 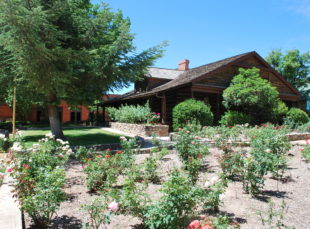 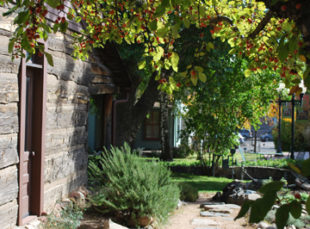 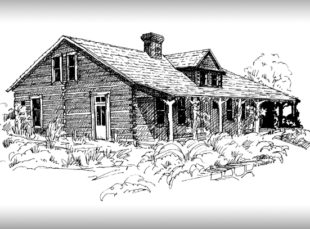 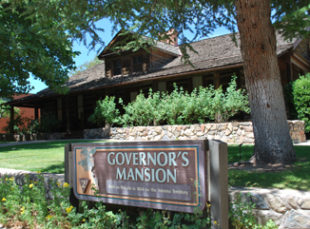 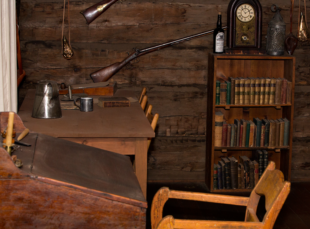 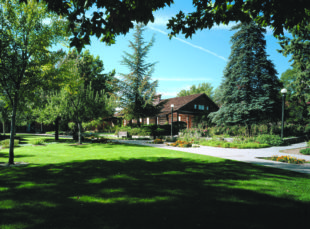 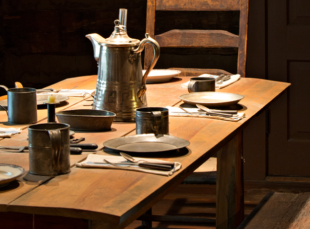 The Governor’s Mansion is the oldest building associated with Arizona Territory still standing on its original location. It was the center of Arizona’s territorial government from 1864-1867. It was also the home of a newly married couple and the place that a young wife died after giving birth. Territorial Governor John Goodwin founded the territorial capital of Arizona near Granite Creek in this location. Gov. Goodwin and Secretary Richard McCormick contracted for a building to serve as the both offices and residences. Contractors were Samuel E. Blair, Daniel Hatz and John Raible. Philip Sheerer was hired to fell trees.

The completed building was approximately 2,000 square feed on the lower level (50’x40′) and was hewn from logs of large-sized ponderosa pines felled nearby. It contained six rooms, plus an outside kitchen and stable, with a sleeping room upstairs. It also included shuttered windows and floored rooms in front. Total cost of construction was $6,000.

It became known as the Governors Mansion, because many other dwellings were crude shacks and tents. Governor Goodwin and Secretary McCormick moved into the mansion in August 1864.

During the next year, Goodwin was elected to be Arizona’s territorial delegate to Congress. He left for California to catch an eastbound ship, where he met with newly married Richard and Margaret McCormick at a crossing of the Mohave River. Richard and Margaret were returning from their marriage in Rahway, New Jersey, on September 27, 1865.

With Goodwin as Arizona’s delegate to Congress, Richard McCormick became acting territorial governor, and he and his new bride moved into the Mansion’s north wing. They enjoyed socializing and the mansion became the social center of the new community.  For more information on the Governor’s Mansion, contact the Sharlot Hall Library & Archives.