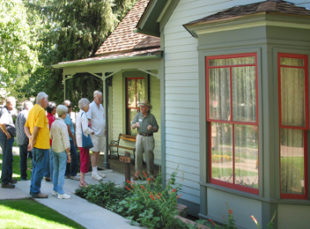 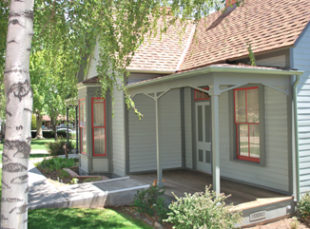 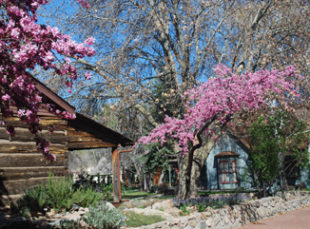 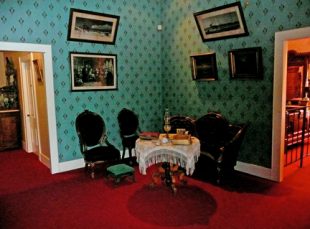 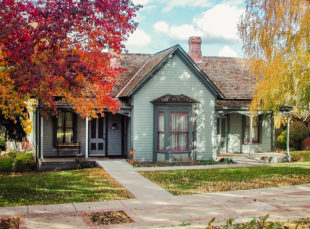 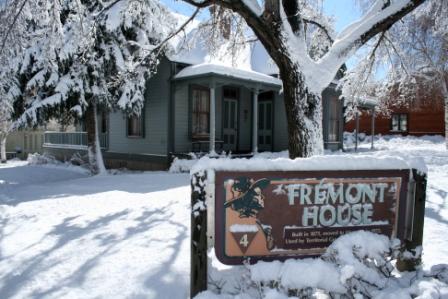 This house of early New England tradition was built in 1875 on the corner of Marina and Gurley streets, on a slight hill with a view.

It was built with walls of solid wood, ponderosa pine planks with a covering of cotton sheeting. “A fine house (of) Gothic style with a bay window on Gurley Street,” according to the local newspaper (Miner, April 23, 1875), it was built in an L-shape with walls 46.5 by 42.5 feet. Apart from having an unusual six entrances and three verandas, it was a simple Victorian cottage with a bay window on the Gurley Street front.

John Charles Frémont, the fifth Territorial Governor, and his wife Jessie and daughter Lily rented it as a residence for $90 per month, from 1878 to 1881. The home quickly became the Governor’s “Mansion” in every sense of the word, given Jessie’s guidance and attention-to-detail. The windows were hung with heavy brocade curtains, and thick red carpeting covered the floors. A hand-carved oak fireplace imported from Scotland was installed, and ornate kerosene lamps made of brass and hand-painted glass trimmed with crystal lit the rooms.

In the early 1900s, the house was moved to Marina and Union Streets by the Episcopal Church to be used as a rectory and to make way for the new Carnegie Library. A half-century later, the church was considering selling the house and using the lot for additional church parking. The structure was donated to the Prescott Historical Society and moved to the Museum campus in 1972, where it was fully restored to its Victorian-era splendor. 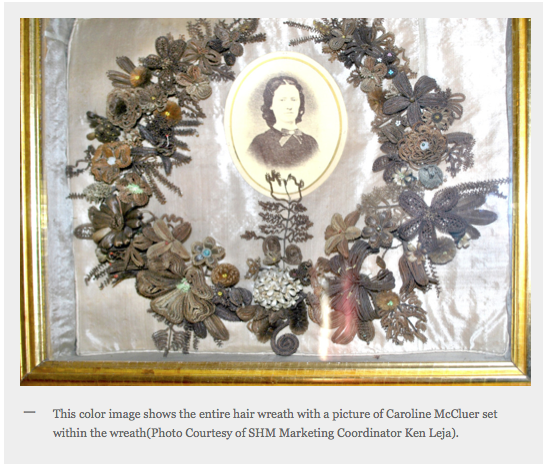 The furniture in the house is a mixture of styles, all of the historical period that the Frémont family lived there. The parlor furniture and chairs are made of walnut wood and are upholstered in horsehair. The kitchen, in the time that they resided there, was behind the door off the dining room.   Many decorations reflect the crafts of the time, including human hair art.