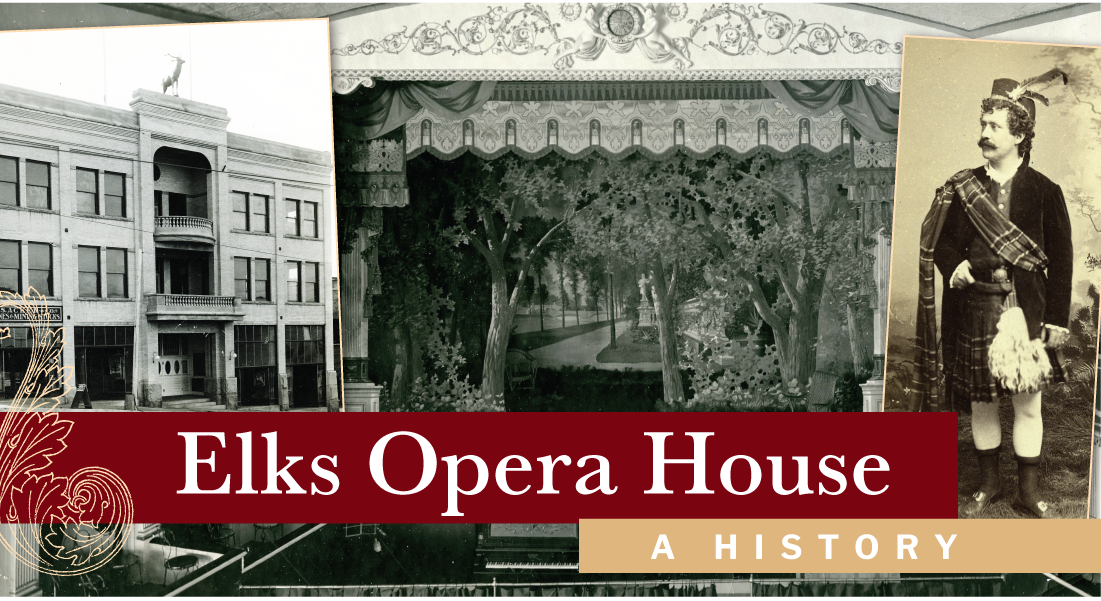 The Elks Opera House in Prescott is reportedly the oldest operating theatrical facility in Arizona. Opened in 1905, it has hosted plays, concerts, movies, political rallies, weddings, funerals, and more. Many well-known people performed here, including John Philip Sousa, Sir Harry Lauder, Madame Ernestine Schumann-Heink, and Wallace and Ladmo! Discover the exciting history of this theater. The story of the Elks Opera House reflects the story of Prescott itself!

About the presenter: Parker Anderson is a native of Arizona and a resident of Prescott for 47 years. He is a local historian and the author of 9 books on Prescott and Arizona history. In 2005, Parker was named Official Historian of the Elks Opera House by the Elks Opera House Foundation. He has also long been a familiar face in community theater in Prescott.

The lecture will be held at the Sharlot Hall Museum in the Education Center Auditorium on Saturday, March 5, at 2 p.m. Prior seating reservations are required.