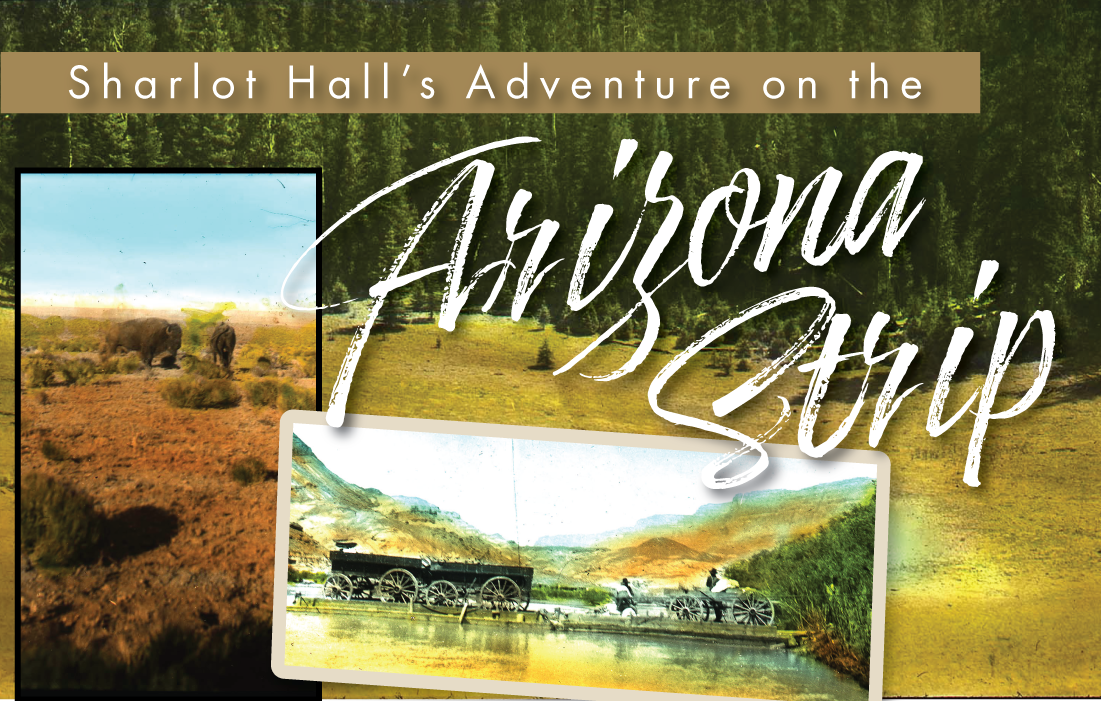 The “Arizona Strip” was a little-explored region stretching north from the Grand Canyon and Colorado River to the Utah border. Government officials in the area were interested in annexing it. In 1911, Arizona’s Territorial Historian, Sharlot Mabridth Hall, an independent and head-strong woman, toured this land with a keen interest and willing heart. Her writings would lend support to keeping it a part of Arizona.

Lecture features a guest appearance from Sharlot herself!

Jenny Pederson is Education Program Manager at the Museum, and as such, oversees the Museum’s educational offerings, including the Living History Adventure, pop-up programs, and youth camps. She has been with the Museum since 2017 and holds a Master’s degree in Public History from Loyola University, Chicago. Her continuing efforts have greatly expanded the Museum’s educational programs.

The presentation will be held in the Education Center Auditorium at the Sharlot Hall Museum (rain or shine). Admission is free but reservations are required. Ticketholders: please enter through McCormick Street gate at event.