The Courthouse Plaza: A Christmas Treasure

The Yavapai County Courthouse and plaza in Prescott have been the focus of Christmas celebrations since early in the town’s history. The Dec 28, 1867 Arizona Miner reported that on Dec 24th a Christmas Eve celebration was held in the “new Court House” on Cortez St. just north of Gurley and that “A tree had been erected and covered with everything imaginable that was obtainable in Prescott.” On December 31, 1874, the newspaper reported that hundreds of people entered the Courtroom on Christmas Eve where they saw the public-school children seated by a row of Christmas trees singing Christmas carols. Later, Santa Claus arrived and gifts were given to the children.

In 1875 Thomas Sanders, an early settler, described a colorful Christmas event that occurred on the new town plaza in the early 1860’s. “For a number of years in succession the saloon keepers and gamblers used to make use of the trees in the plaza on Christmas Eve to imitate Santa Claus. They would get old boots, overalls, and old coats and the like and write some fellow’s name on a tag and stick it on. They would then put a pint or quart of whiskey in one of the boots or in a pocket in the coat or pants and hang the tagged garments up Christmas Eve on the trees in the park.”

Over the decades, the courthouse and now surrounding plaza have remained focal points for Christmas festivities. The Prescott Journal Miner, December 19, 1916, announced “Prescott will be the first city in the entire state of Arizona to hold a big municipal Christmas Tree….Everyone is to have a share in this tree and for that reason, it will be termed the municipal tree.” The article explained that the tree, a 30-foot Yavapai pine, would be erected in the center of the plaza and decorated by the city and Arizona Power Company.

In 1917 the Weekly Journal Miner reported that “hundreds gathered on the plaza on Sunday evening to listen to singing of ancient carols of yuletide.”  The paper also predicted “the pretty custom will be continued for a longtime to come, the sight of the flashing Christmas Tree and the presence of St Nick being highly gratifying to the little fellows and their elders as well.”

In 1921 the Weekly Journal Miner joyously announced the “Municipal Tree Goes Up Today.” “Gaily decorated and illuminated with many lights the municipal tree will be the focus of the city’s attention on Saturday evening in the Plaza Square.”  On December 22, 1930, the Prescott Evening Courier announced, “Christmas services will be held at the foot of the municipal Christmas Tree on the Plaza tonight, with the singing of carols by school children and the personal appearance of Santa Claus.”

In her December 18, 1999 article “Twas the Town Before “Arizona’s Christmas City,” Linda Chase recalls seeing the 1941 Christmas tree lighting as a child. She remembers “a very tall tree on the northside of the plaza held the lights that constituted Prescott’s ‘lighting’…”

On December 9, 1955, the Prescott Evening Courier headlined “Ball, Plaza Display Offer Holiday Color,” stating that Santa Claus would arrive on December 10, and the plaza decorations would be lit at 7 PM. This was the year the Professional and Women’s Club initiated the lighting of the courthouse exterior.

As in years past, we will celebrate the Christmas season by lighting the courthouse and Christmas trees in the plaza, fulfilling the 1916 prediction that “the pretty custom will be continued for a longtime to come, the sight of the flashing Christmas Tree and the presence of St Nick being highly gratifying to the little fellows and their elders as well.” 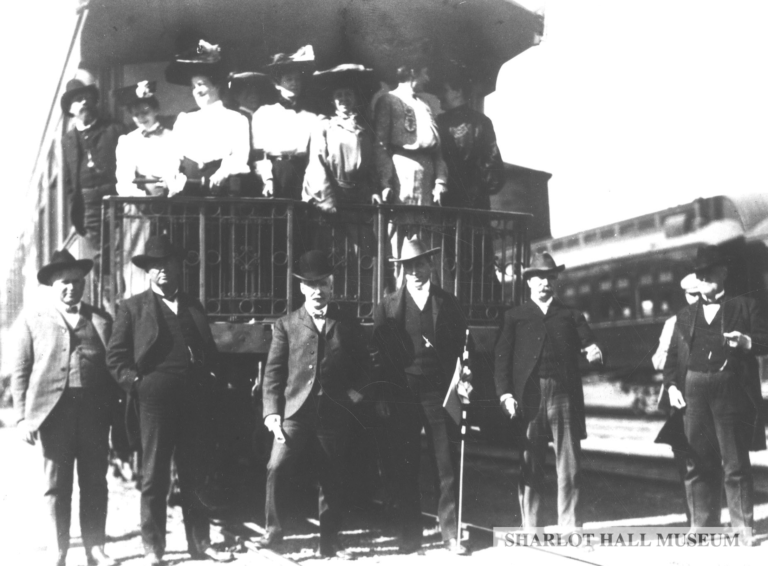 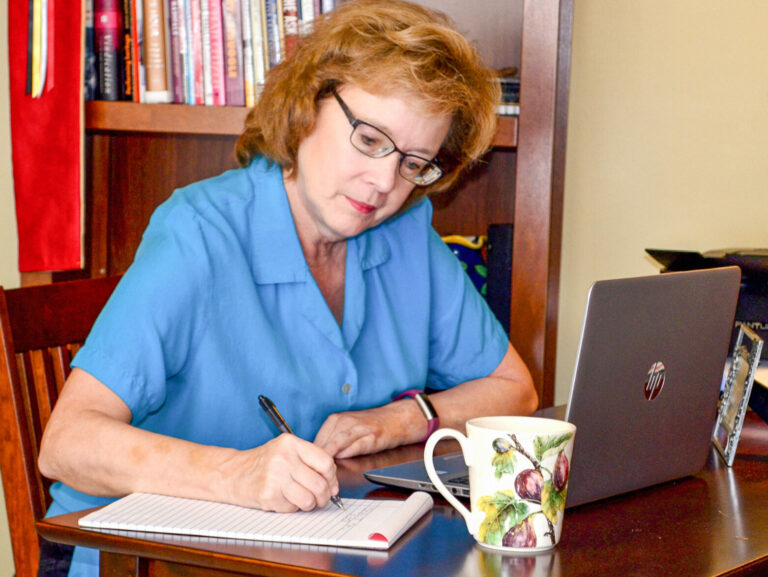